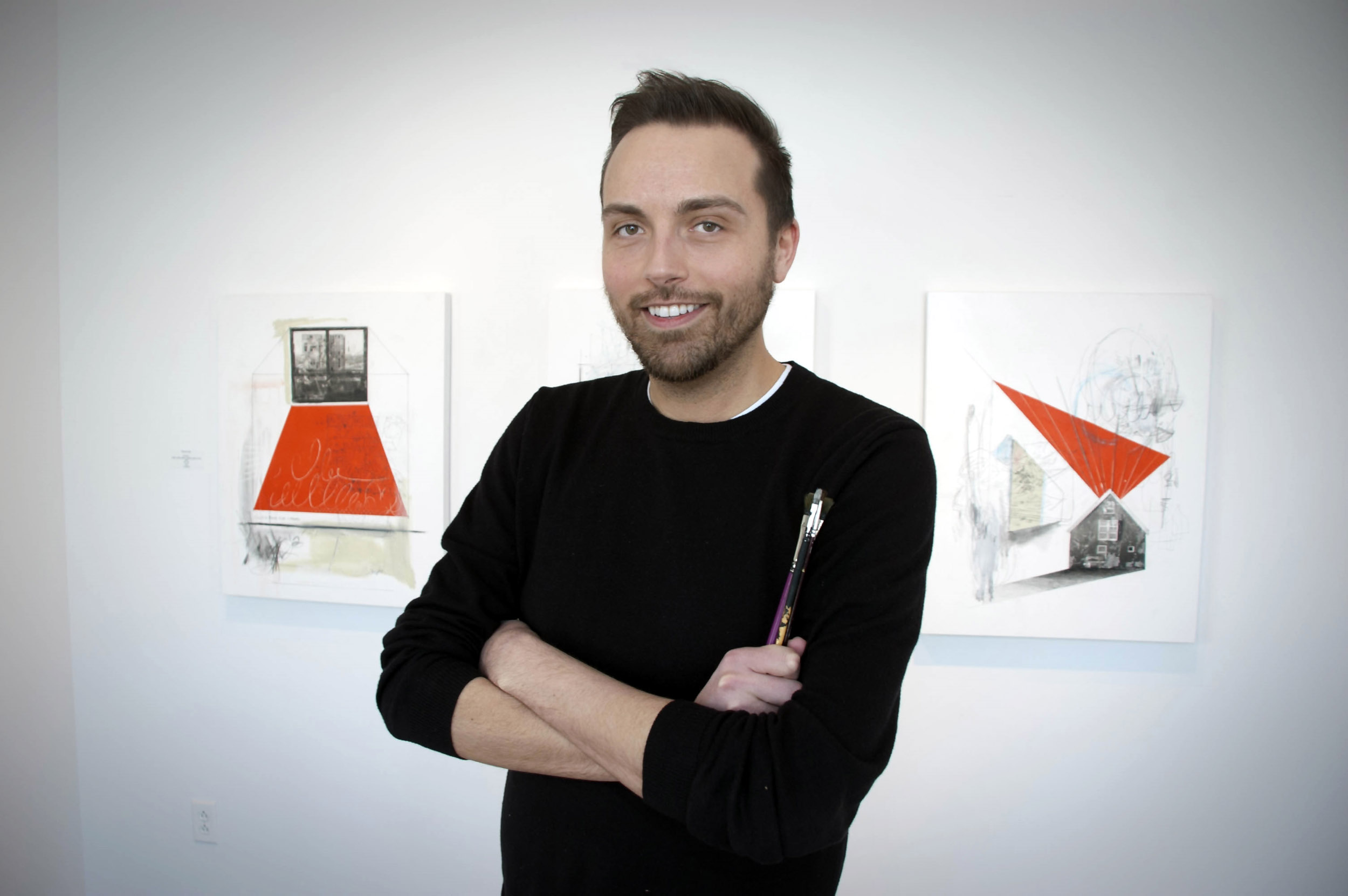 Mike Gough was born in Corner Brook, Newfoundland, in 1985. He received a Bachelor of Fine Arts from Sir Wilfred Grenfell College in 2007 and in 2009 graduated from Memorial University with a Bachelor of Education. Gough went on to attend Central Saint Martins College of Art and Design in London, England, and graduated with a Masters of Fine Arts in 2010. Shortly after, he was invited to exhibit with Witham Gallery in London for an exhibition featuring ten emerging artists from the top graduate schools in the UK, showing the future direction of British art. His work has appeared in group and solo exhibitions in Canada, the UK and France, and is part of both private and public collections in England and Canada. Gough was shortlisted for the Newfoundland and Labrador Arts Council Emerging Artist of the Year in 2013. In December, 2013 Gough opened his first public gallery solo exhibition, titled Retrace, at The Rooms Provincial Art Gallery as part of the Elbow Room Residency Program. Gough is currently represented by Christina Parker Gallery.