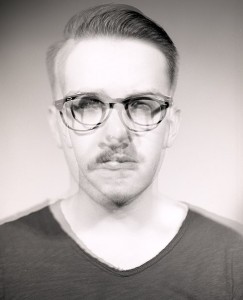 Lucas Morneau is an interdisciplinary artist from Corner Brook, Newfoundland and Labrador, Canada. Morneau received his Bachelor of Fine Arts in Visual Arts at Memorial University – Grenfell Campus in 2016, where he spent a semester abroad in Old Harlow, England, and will be a candidate for the Master of Fine Arts (Studio Art) program at University of Saskatchewan in late 2016. Lucas Morneau has exhibited  in exhibitions in Newfoundland and Labrador, Canada, including juried exhibitions at The Rooms Provincial Art Gallery andGrenfell Campus – Memorial University, and in exhibitions in England. Using photography, printmaking, sculpture, installation, and performance, Morneau’s work oscillates between  the known and the unknown, while playing with perception and healing the viewer.

1. When did you first realize you wanted to become an artist?

What I find funny is that I never really wanted to become a professional artist until I was in my second year of my Bachelor of Fine Arts (Visual Arts) degree. I entered the program with the intentions of going on to do medicine, but became hooked.

I am an interdisciplinary artist and am currently working with light and space. Originally a photographer, I realized that much of my work was influenced by light and wanted to work with light itself. From there, I started to do research into light and its effect on the body.

Light really has an influence on me. For example, the colour temperature difference between a tungsten lamp and midday light has had a big effect on my work. From there, I use minimalist structures as a matrix to hold the lights I use, whether they be LEDs or full-spectrum CFL lights.

I find that many people today use the word ‘inspiration’ inappropriately, as inspiration is something that is monumental and life changing. One artist that not only has influenced my work, but also has inspired me is James Turrell. During the summer of 2014, I and twenty other classmates travelled to the United Kingdom to spend three months studying. We went to galleries daily to view important works spanning from different time periods of art history. The pace was hectic. One day, our professor took us to see the Royal Academy’s Summer Exhibition. While there, I saw my first James Turrell installation, Sensing Thought, 2014. Sensing Thought had, at the time, made me slow down for the first time that semester and pause. Every thought, every emotion, and every stress had left my body as I sat in from of the vertical rectangle of light. After 15 minutes of looking at Sensing Thought. I realized how much time had passed. I forced myself to continue looking at other works. After a year of back in Canada, Sensing Thought’s lights are still glowing in my mind. The piece remains vividly glowing, slowly shifting colour. It became the turning point in my art practice, making me realize what I would want to discuss in my works and how I would want to show them.

5. What are the “big” themes in your artwork?

My work oscillates between the known and the unknown, while fooling perception to create a feeling of both comfort and ease. With my work, I hope to create a meditative experience while making the viewer question what they see before them and whether or not it is an illusion.

6. What is the greatest challenge you face as an artist working in Nfld & Lab?

Due to the fact that I work with computer parts and addressable LEDs, I have to order in the vast majority of my supplies, which increases the cost of my materials.

The arts community is so accepting here, especially on the west coast of the province. All artists come together here, regardless of interest and their areas of specialty.

9. If you werenʼt an artist, what would you be doing?

I would probably be working in the field of medicine or psychology.

Frost breath. Joking. I would love to be able to have a solo exhibition at the Tate Modern.