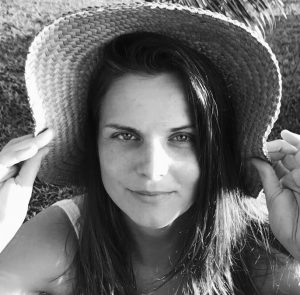 Patricia began developing and implementing arts programming at the Art Gallery of Ontario in 2006 and teaching the theory of children’s arts programming as an instructor at Ryerson University in 2010.  She went on to develop YOGART STUDIO, combining yoga and art for children in 2013 and co-designed a Nuit Blanche 2015 exhibit for the Museum of Toronto. In 2016, she and her husband moved to Corner Brook and after googling “art workshops”, the BFA program at Grenfell appeared. Her first year of art school honed Patricia’s interests in textile and conceptual arts and she worked within themes of grief, bereavement and introspection.

Patricia was a host on Toronto’s Art Sync, a cable television program covering new contemporary exhibit openings in the city. She would like to continue her work in arts journalism and explore various mediums in her studies. Patricia’s artwork has been published in the Newfoundland Quarterly.