Here are the nominees for the Long Haul Award category of our 9th Annual EVA Awards! The Emerging Artist Award is sponsored by The Leyton Gallery of Fine Art.

I have made a living on my art for over 37 years so you can say that my life has been an artistic journey. Through this journey my focus has changed from figurative, portraiture and social realism to cityscapes and mostly landscapes. In my landscapes I concentrate on the light whether it is atmospheric or reflected on water. You will find water in most of my works as I am fascinated with the different ways that light plays off bodies of water such as a still pool or a rushing falls. In the landscape studies like those I have done of Labrador, I try to convey the vastness of the land and the insignificance of humans in this vast landscape.  I try to achieve a sense of place and architecture while still using the light and composition to define the image again without the presence of humans.

My artistic influences would be Whistler, Rembrandt, Gerry Squires and Christopher Pratt. Interestingly, Whistler and Rembrandt used the same printmaking techniques in lithography and dry point engraving that I currently use today. 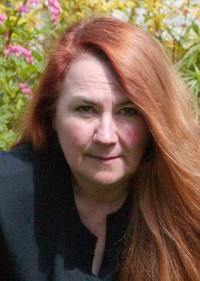 Pam Hall is a visual artist, film-maker and writer, whose work has been exhibited across Canada and internationally, and is represented in many corporate, private and public collections, including the National Gallery of Canada. Her practice is interdisciplinary—including installation, drawing, object-making, photography, film, writing , social practice and performance. Her work has explored the fisheries, the body, female labour, place-making, the nature of knowledge and notions of the “local”. She was the inaugural Artist-in-Residence in the Faculty of Medicine at Memorial University and spent more than two years there pursuing her research into how doctors learn to see the body. Her work is often collaborative and for more than a decade she has undertaken socially-engaged projects with communities in locations distant from the pristine space of the gallery, the studio, and the museum. In rural Newfoundland and Alberta, on wharves here and in Japan, in local fish plants and distant farmer’s fields, Hall has made work that involves many others as participants and collaborators. She has worked with doctors and medical students, fishers on both coasts of Canada, workers in the food service and fish processing industries, knowledge-holders in Western Newfoundland and was the only artist on an interdisciplinary team of scholars studying the crisis in the marine fisheries in Canada.  She has also written and illustrated children’s books, is an award-winning production designer in the Newfoundland film industry, winning the first Director’s Guild of Canada Award for Outstanding Achievement in Production Design for her work on Rare Birds.  She was inducted into the Royal Academy of the Arts (RCA) in 1992 and has been teaching graduate students in the MFA in Interdisciplinary Arts program at Goddard College in Vermont since 1998. She has lived and worked in St. John’s for more than forty years, where she recently completed her PhD at Memorial University undertaking research and creation that proposed visual art as a form of knowledge production.  HouseWork(s)—a ten-year survey exhibition of her work is currently on display at The Rooms until September.