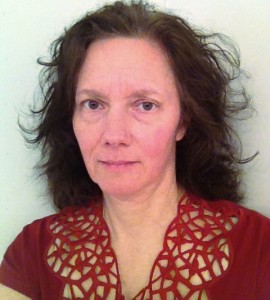 Marlene MacCallum has lived and worked in Corner Brook, Newfoundland and Labrador since 1990. She is a full Professor in the Visual Arts Program at Grenfell Campus, Memorial University of Newfoundland. She received her BFA degree in Studio Arts in 1981 from Concordia University, Montréal, Québec and MVA degree in Printmaking in 1984 from the University of Alberta, Edmonton. Between 1985 and 2013, Marlene exhibited prints, photographs and book works in more than 80 solo, invited and juried group exhibitions in 14 countries. Her works are held in over 25 public collections in Canada, the UK and the United States. She was elected to the Royal Canadian Academy of Arts in 2006.

Marlene and David Morrish co-authored Copper Plate Photogravure: Demystifying the Process, 2003 (Focal Press). Her recent research projects Artists Publishing: an investigation into digital media as a means to integrate dissemination into the creative cycle and The Visual Book: an integration of the divergent technologies of photogravure and digital processes were both funded by the Social Sciences and Humanities Research Council of Canada.Additionally, Marlene has a range of advocacy and administrative experience. She was Head of the Division of Fine Arts at Grenfell Campus from 2010 to 2012. She served as chair of the Visual Arts Program, chair of the Academic Freedom and Grievance Committee and was the MUNFA union rep. She was been a juror on Canada Council for the Arts, NLAC, SSHRC. She was a member of Latitude 53’s advisory group and president of the Society of Northern Alberta Printartists.